Gird your loins, it’s drafting season. Summer flings and hot-weather hook ups are soon to be a thing of the past as we enter the cooler months and the draft begins. But what is drafting season? And why is everyone talking about it?

You might have heard of cuffing season – the cold-weather tradition of sticking the cuffs on a partner of your choice so the pair of you can snuggle down and wait out the winter. Safety in numbers and all that. But drafting season is the precursor to getting cuffed up.

Drafting in all your best possible options as the weather begins to turn is just common sense if you’re planning on coupling up for Christmas. And many single people welcome the draft. This period of ‘tryouts’ separates would-be relationship material from ghosts, breadcrumbers and love bombers.

What is cuffing season?

When it comes to cuffing season “it’s almost like when animals hibernate,” says New York-based relationship scientist Dr Marisa T Cohen. A 2008 study from the University of Wroclaw, Poland, showed that men found women’s bodies most attractive in the winter and less so during the warmer months.

Some studies have also shown that testosterone production peaks around October and November “so that’s going to lead to people wanting to engage in more sexual activity” says Cohen.

So, drafting season is an essential period in which some serious decisions are made. Especially if your preferred relationship is an open relationship, a polyamorous relationship or a friends with benefits situation. In these scenarios, the draft becomes even more important.

Drafting season may sound like a bit of fun, but it’s actually a healthy exercise in self awareness and self preservation. The winter months can be a vulnerable time for all people, as daylight fades and serotonin dips. Mental health issues spike and the global loneliness index rises.

By taking stock of your relationships and making good choices about who you’ll choose to spend your time with and share your energy with as the nights draw in, you’re making choices about your health and happiness in the coming months.

Choosing people who regulate your nervous system, bring you happiness and give you pleasure over people who bring you stress and anxiety and aren’t sexually and romantically compatible with you is what drafting season is all about.

Making the right choice about the partner you’ll spend the next few months, maybe more with, is essential. So, who will you be drafting in and who won’t make the cut? 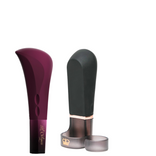 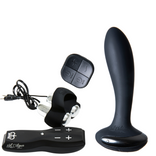