All the Different Ways I Tried To Come on SSRIs

In her first guest post for us, comedian Andrea Hubert described losing her orgasm when she went on antidepressants. Now she takes us through the gory details of how she got it back. Warning: perhaps best not to try some of these methods at home (but, er, definitely don’t do them in public either).

Even before the antidepressants poured cold water on my ability to climax, I wasn’t exactly Orgasm Central when I was discovering my body. I had my first orgasm with my first Rabbit at 21 – an age far older than the magazines I read during adolescence promised.

It’s a very odd feeling to spend your exploratory years assuming you just… can’t. I was angry at my body for being a malfunctioning tool. And when I finally physically came to life, so to speak, I was furious that I’d spent my first few sexually active years getting about as many orgasms as a sex doll (or maybe fewer: technology is pretty amazing these days).

Even after the rabbit opened up my hutch (not a vagina metaphor I’ll ever use again, but it’s fairly apt for right now), I still found it difficult to orgasm with a partner. But at least some of the boys I was banging could operate my machinery without power tools, and the quantity of my orgasms grew in tandem with my confidence, and still more when I started sleeping with people who actually liked me. In fact, just before my mental breakdown and SSRI-related orgasm misplacement, I remember proudly telling friends that after years of orgasming either just before or long after sex, I had started to orgasm DURING THE ACT… like a real girl. By which I meant, a girl in a movie. I even got there once at the exact same time as my then-boyfriend. Sure, it was a fluke, but it counted. I was getting comfortable. I was easing into a sexual identity. I was becoming.

Then came the breakdown, during which the pills that saved my life also rather cruelly took my orgasms. At first, I was too busy getting used to all the different side effects of the meds – the night sweats, emotional numbing and so on – to worry too much about that. But weeks later, when my head was back in the game, I knew I needed to get those Os back. Or – and I hope this isn’t too dramatic – what kind of life had I saved?

I approached the recovery of my orgasm like a military black ops rescue mission – failure was not an option. I started small, with my old friend and mentor the Rabbit. It had been weeks since I’d bothered to pick it up, and it took a lot more than just mildly fantasising about that Irish guy I once kissed in the rain to feel even the slightest twitch in my body. I turned it up, from a pleasant buzz to a clit-burning chainsaw, and still… nothing.

I started to worry. I’d never not responded to that highest level with anything other than a full body spasm, and now, I just lay there, like a corpse who’d died seconds before her very last orgasm took hold. To quote my carnivorous father irritatedly eating a vegan meal, it didn’t even come close to satisfying.

I’d never really needed to use the other functions on my rabbit, but now I really got involved. Rotations, intermittent buzzes, and good old fashioned thrusting. That’s manually, of course. It’s terrible for the wrists, but I thought maybe if I pumped violently enough, I’d be able to somehow force out an orgasm, succeeding with movement where pressing a wildly vibrating bunny ear directly onto my increasingly raw clit had failed. It didn’t work.

I tried romancing myself with lemony candles and clean sheets (that’s probably some people’s basic daily level of self care, but as we established, treating myself like royalty is not my forte, so the word ‘romancing’ stays).

I tried tying a restrictive scarf to the bed and then wrapping it round my neck. Of course, that method isn’t without its side issues, but I figured, if that’s how they find me, at least I died trying to do something I loved.

I tried a bunch of other toys, with spikes and bobbles and bells and whistles.

Again, it didn’t work. Nothing did. I was like a shut-down factory in a small declining town. Would this honest, decent lady ever find work again?

Training my mind to dance below the waist

I’d love to end with a bang. I’d love to say I found a brilliant toy or a nasty position or skilled and loving partner who brought me back to life. But in the end, no amount of airway blocking or voyeuristic violence actually did the trick.

It came back all on its own, quite by surprise, after a bath when I’d been soaking in magnesium salts and not thinking about sex at all. It came back when I was lying on my bed, hot and relaxed, and I got a text message from someone formerly special who used to make me feel amazing. A flirty text that reminded me who I used to be.

I got a stirring. A tiny little flutter. And I didn’t want to scare it away, so I just lay there and breathed deeply into it. No fantasising. No manual manipulations right away. I did some deep yoga breathing and tried to immerse myself in the feeling, the way as a depressive I was taught to try and live deeply in the moment, instead of dreading the ones yet to come. After about twenty minutes training my mind to dance below my waist, I reached for the rabbit. I used the weakest setting. I breathed consciously. In contrast to all the other actions in my life, I tried not to think about the outcome.

And then it happened. 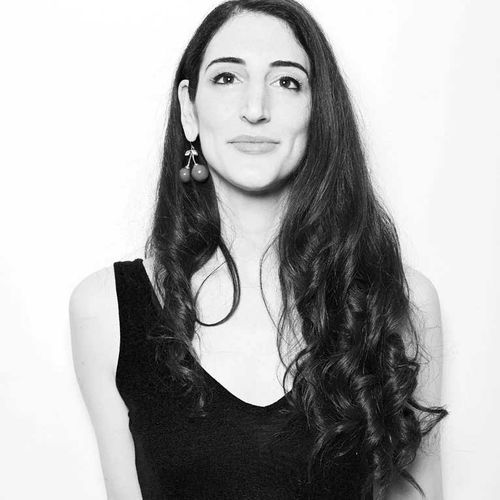