International Fetish Day: Everything You Need To Know

Happy International Fetish Day! Amy Norton runs you through the key facts about this day of kinky protest and celebration: What does it mean? Why’s it so important? And how do you explore your fetish?

Friday 17 January 2020 is International Fetish Day. This event is now in its 13th year, having first been celebrated in the UK as ‘National Fetish Day’ in September 2008, before moving to the third Friday of the year and going global in 2009.

What is a fetish, anyway?

The Cambridge English Dictionary defines a fetish as “a sexual interest in an object or a part of the body apart from the sexual organs”. While technically correct, I view this definition as incomplete. It’s better, however, than the horribly judgemental Merriam-Webster definition: “an object or bodily part whose real or fantasied presence is psychologically necessary for sexual gratification and that is an object of fixation to the extent that it may interfere with complete sexual expression”. Ugh.

For the purposes of this piece, I propose an alternative basic definition: a fetish (or a kink) is an intense sexual interest in a specific object, activity, body part or scenario. Just a few of the more common kinks and fetishes include bondage (tying someone up/being tied up), spanking or impact play (hitting someone/being hit), power play (being dominant or submissive in a sexual context), cross-dressing (usually a cisgender man dressing up in typically feminine-coded clothes), and foot fetishism – but the list is endless.

Okay, but… a day to celebrate kinky sex? Why!?

International Fetish Day (or World Fetish Day) is about much more than simply celebrating kinky sex.

International Fetish Day grew out of a response to the United Kingdom’s ‘extreme pornography’ laws, enacted in late 2008 and early 2009. These laws made it a criminal offence to create, distribute and possess certain types of pornography, including imagery depicting consenting adults engaged in acts that are legal to perform.

These laws were enacted partly in response to the murder of Jane Longhurst in 2003, in which the prosecution claimed the murderer’s viewing of extreme pornography had led to the act. Many members of the BDSM and fetish community felt that the laws were both unfair in that they discriminated against consenting adults performing fringe sexual activities, and nonsensical in that they made it essentially legal to perform certain activities… but illegal to take photographs of them. National Fetish Day and later International Fetish Day arose in direct response to what was widely regarded as poorly thought-out, inconsistent and discriminatory legislation. In January 2009, journalist Symon Hill wrote in the Guardian: “So low is the barrier that if taken literally, it could lead to a couple who take a photo of their consensual (and legal) sexual activity being arrested for possession of that photo”.

In much the same way that Pride protests against the marginalisation of LGBTQ people, International Fetish Day is a response to and protest against those who would marginalise, abuse and criminalise people for their victimless, consensual sexual practices.

So celebrate in whatever way feels meaningful to you! Go out to a party, wear something purple, write about why consensual kink is great, donate to an organisation such as Backlash, or just have some fun with your partner at home. As with kink itself, there’s no wrong way to celebrate IFD!

So 10 years on, what’s the situation for kinky people now?

I spoke to lawyer, educator and campaigner Myles Jackman, who has been at the forefront of the battle against censorship for almost two decades. He explained that early 2019 saw a landmark ruling in which, for the first time, the British government changed the ‘extreme pornography’ guidelines to recognise that portrayals of consensual activity should not generally be prosecuted.

“This is even better than we expected,” Myles said. “For the first time, this ruling takes consent seriously and recognises full and freely exercised consent as a gold standard.” This step, described by Myles as “the culmination of two decades of work”, is the biggest step forward against sexual censorship in recent years.

However, Myles noted that the work is not over. Portrayal of certain consensual activities is still criminalised; most notably, breath play (anything that restricts someone’s breathing) and impact play which leaves marks that are more than ‘trifling and transient’. Experts expect that one of the next frontiers of the fight for sexual freedom will explore to what extent a person can consent to what might legally be regarded as assault. “These debates will begin to draw the legal limits of bodily agency – what someone can consent to under the law,” Myles explained. He also added that, though the British government’s proposed ‘Age Verification’ legislation was indefinitely shelved recently, other internet censorship bills are likely to be debated in Parliament over the next 12 months.

Progress has been made, but the battle is not yet won. 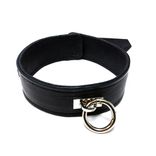 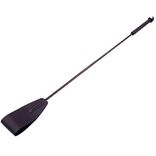 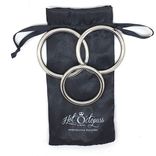 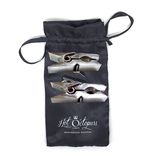 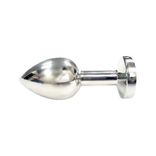 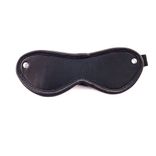